United Launch Alliance, has started stacking the Atlas 5 that will launch GOES-T. The spacecraft, encapsulated within its five-meter payload fairing, is scheduled to be installed on the rocket Feb. 15 for final tests before rollout and launch. The four GEM 63 solid rocket boosters and the Centaur upper stage featuring an RL10C-1 engine will be hoisted into place, followed by GOES-T payload attachment. 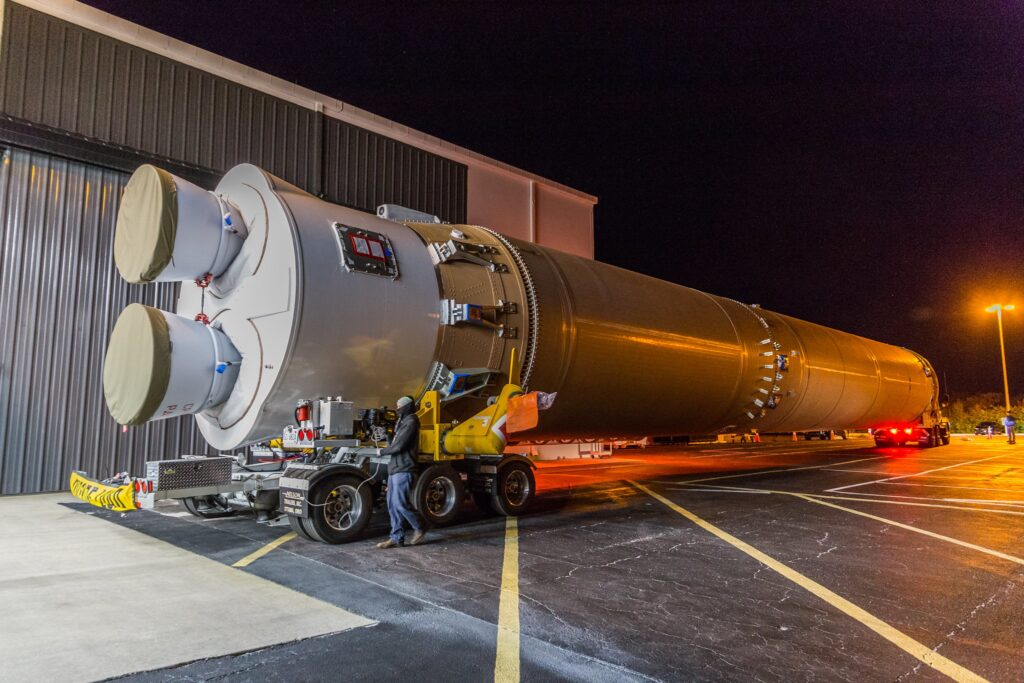 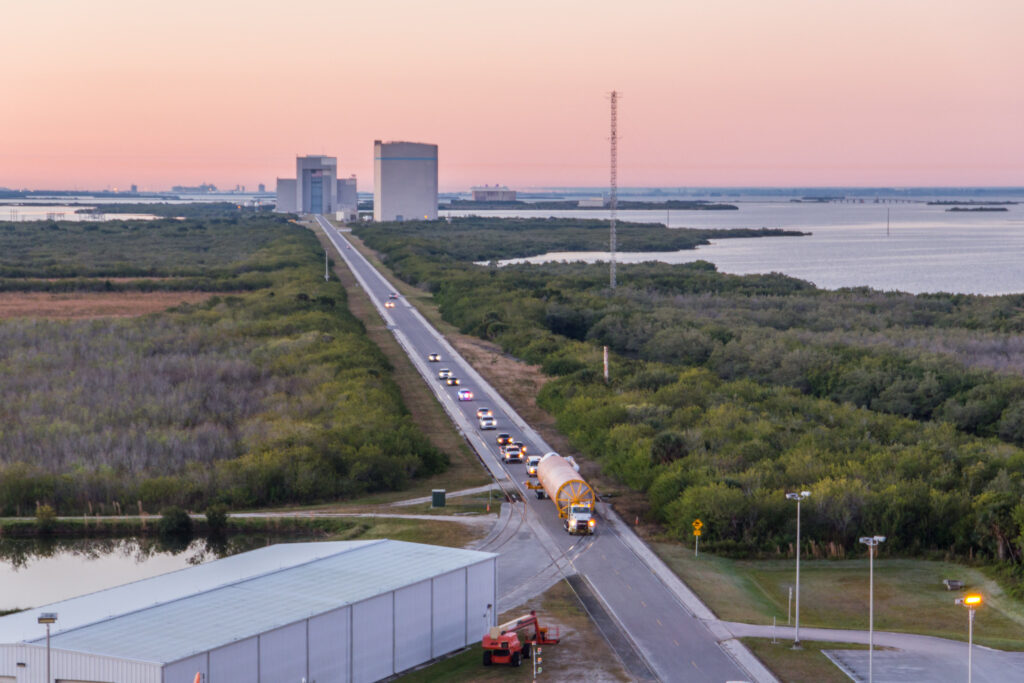 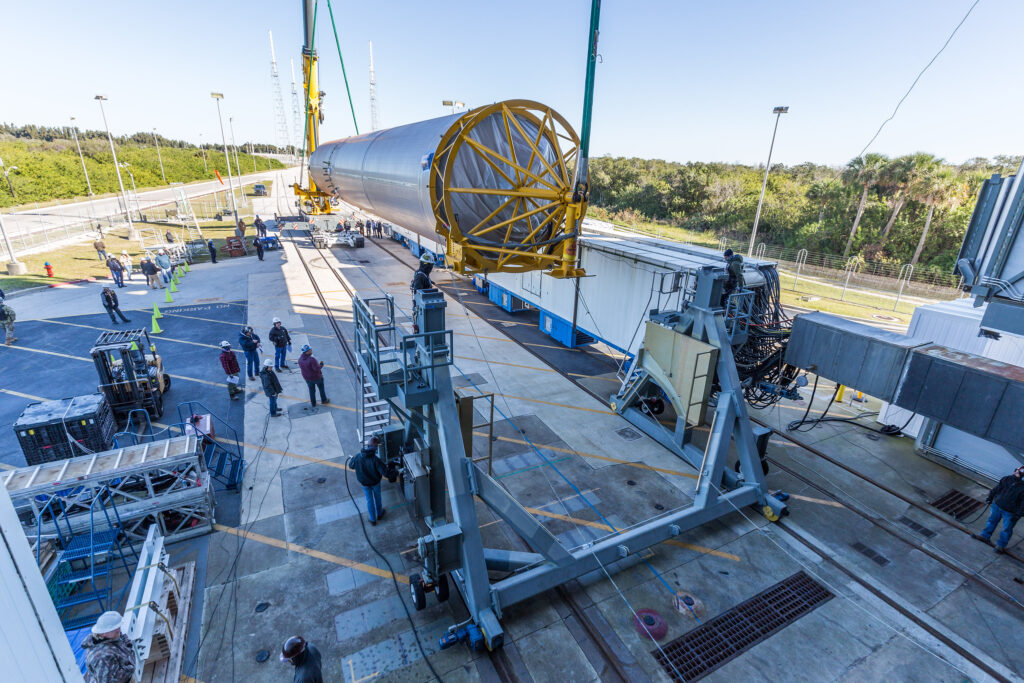 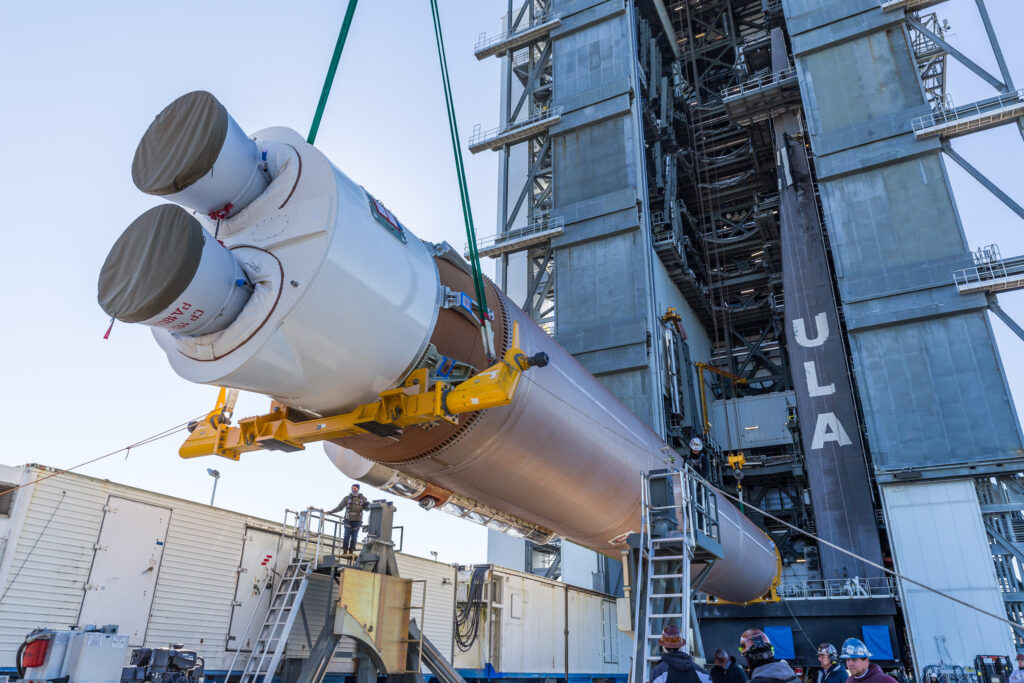 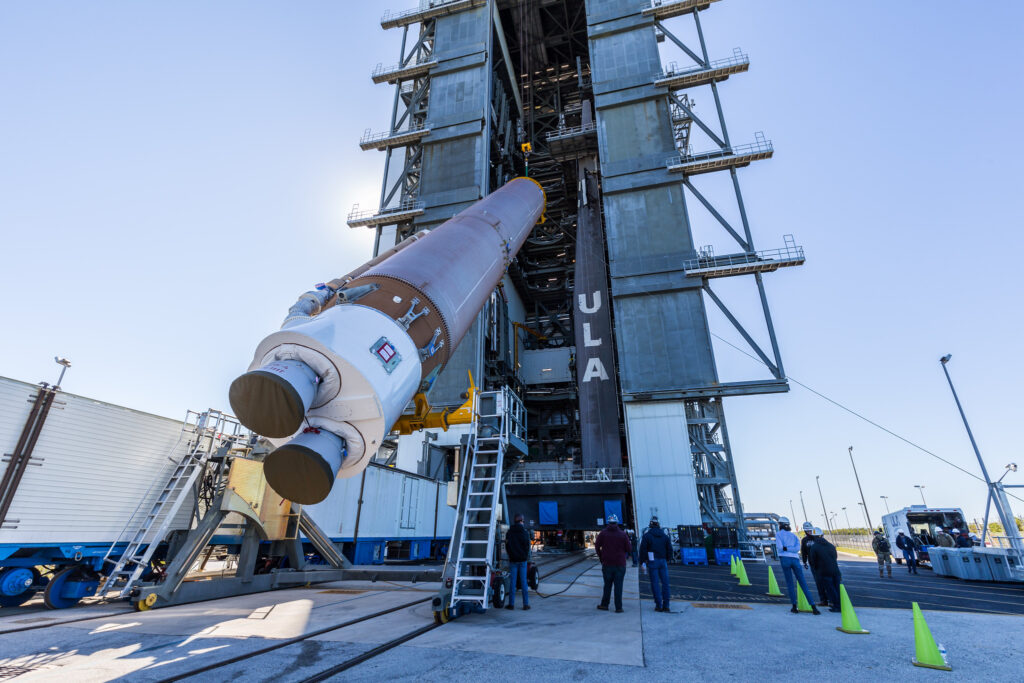 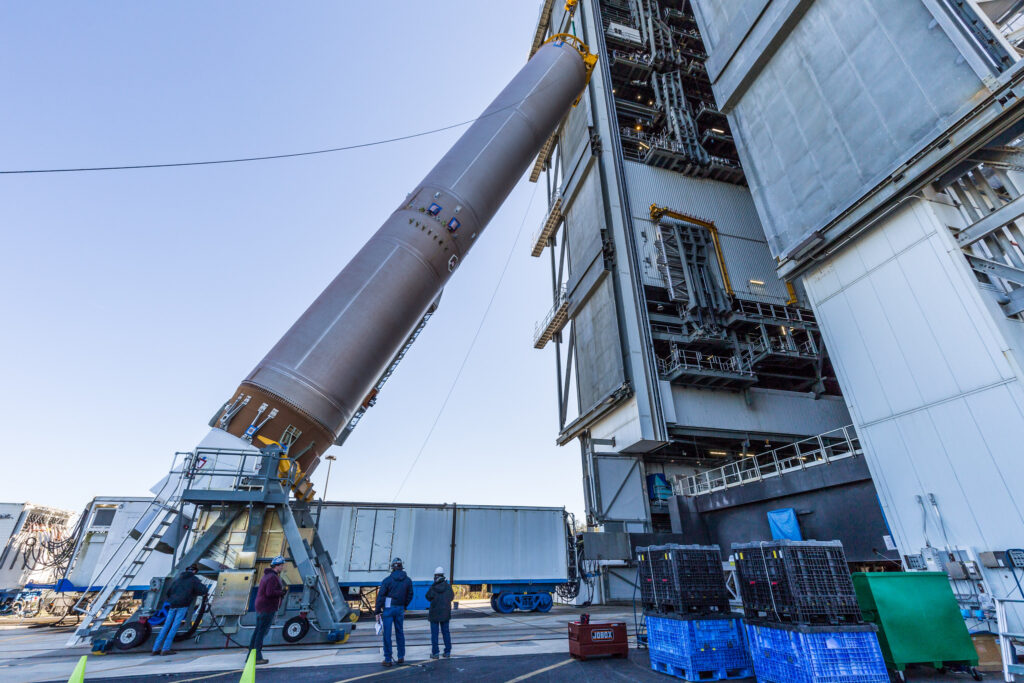 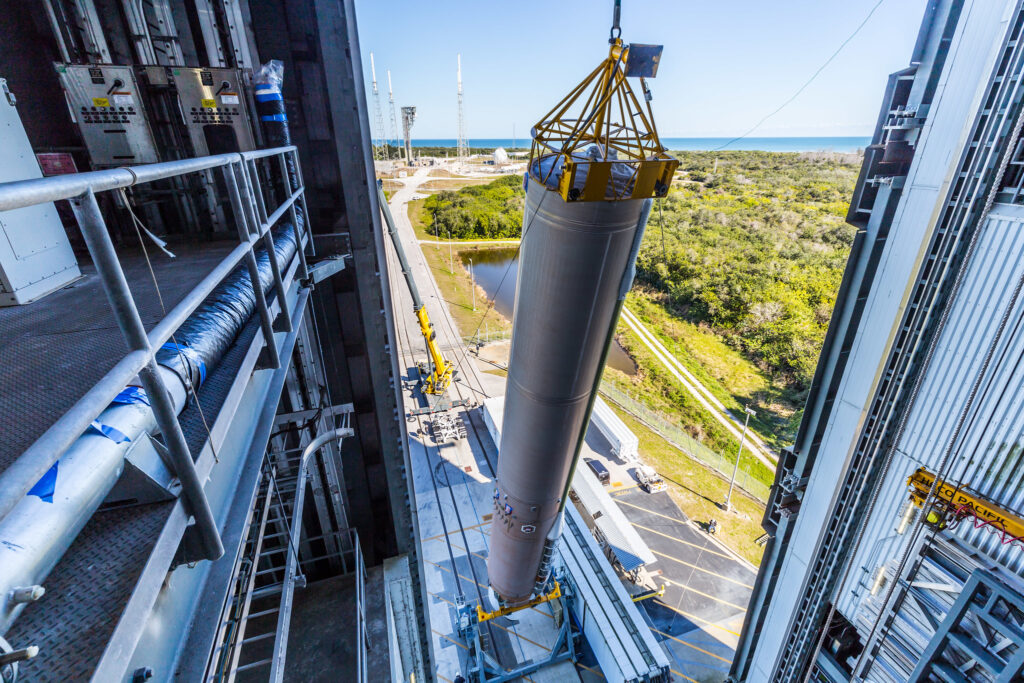 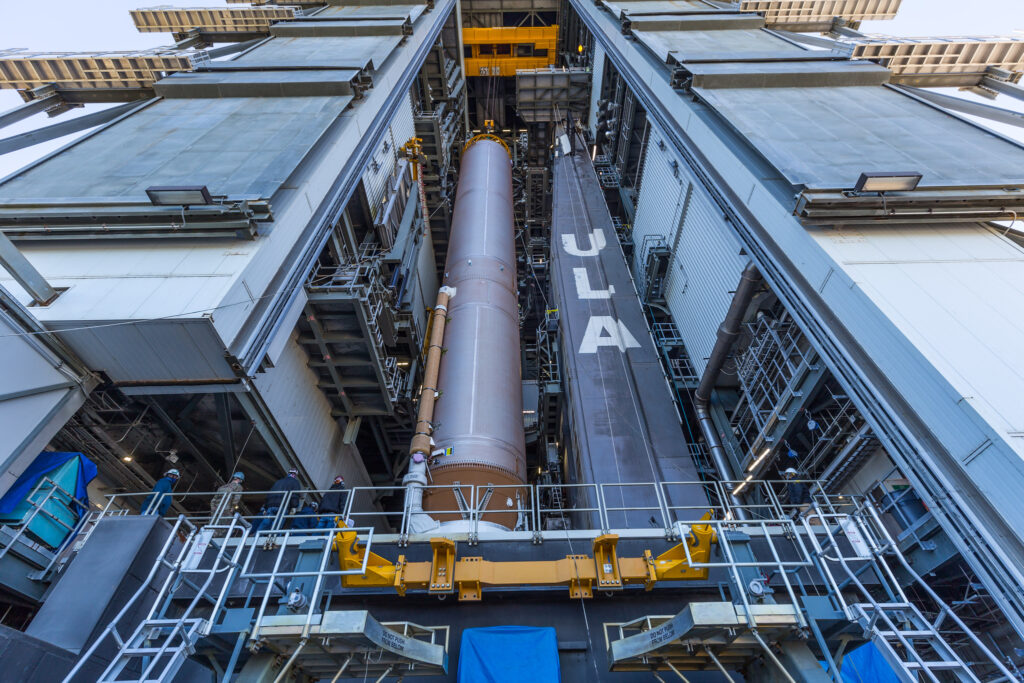 GOES-T launch and insertion into orbit will be similar to its two predecessors, GOES-R and GOES-S, which also launched on the 541 version of the Atlas 5 with four solid-fuel boosters. There will be some changes to launch parameters to improve its accuracy and extend the life of GOES-T by reducing the amount of onboard propellant the spacecraft uses to reach geostationary orbit. This should give the GOES-18 another four or five years’ worth of operations.

United Launch Alliance using, Atlas and Delta, have launched every GOES satellite that’s ever been launched, dating back to the launch of GOES-A on a Delta rocket in 1975.

After two months of checkouts at 89.5 degrees west in Geostationary Orbit, the spacecraft will drift to the GOES-West slot for additional tests. GOES-18 will formally replace GOES-17 as the operational GOES-West satellite in early 2023.

GOES-T’s “first light” imagery should be available in May these should be treated as “checkout pictures” and not the adjusted, sharp operational images that will be relayed later in the mission.

This will be the last ULA launch of GOES series satellites. NASA announced in September it awarded a contract to SpaceX for the final spacecraft in the GOES-R series, GOES-U, slated for launch in April 2024 on a SpaceX Falcon Heavy. ULA said it withdrew its bid because all of its remaining Atlas 5 vehicles had been assigned to other launches as the company prepares to transition to the Vulcan Centaur.

If you like what you learn here, please consider donating!